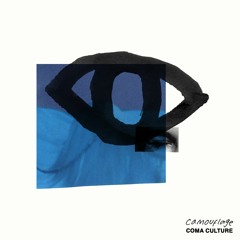 “Recalls the same beach-ready indie sound Young the Giant has perfected, with a hint of Grizzly Bear and a little dash of existential dread mixed into the lyrics.” – FLOOD

“Coma Culture tap into love’s euphoria on their sophomore single ‘In Love,’ a buoyant groove that finds the Young The Giant offshoot reveling in a sweetly seductive dream-pop haze. For fans of Young the Giant, Phoenix, MGMT, Passion Pit.” – Atwood Magazine

Filtering the modern condition through a dream-pop haze, Coma Culture is a new indie rock band featuring Young the Giant’s Eric Cannata and Francois Comtois with producer/songwriter Jon O’Brien. Taking their name from their debut single, the longtime friends use their unique lyrical voices and experimental production to explore existential dread and the hope for something more.

After trading demos and favorite records on the road, when O’Brien was the tour manager for Young the Giant, Coma Culture bonded over their shared love of Broken Social Scene, Sparklehorse, Slowdive, and the Cure. Cannata, Comtois, and O’Brien have worked together on a variety of projects over the years, including Travelers and American Pets, but in 2019 they came together as a trio and founded the band in a series of sessions at O’Brien’s Music Box Studios. They reworked and recorded everyone’s songs together, including some inspired by their early touring days, and finished the album throughout 2020.

Their debut album, Camouflage, combines vintage instruments, modern recording techniques, and classic songwriting for a sound that’s immediately distinct yet warmly familiar. Each song was crafted together, combining personal lyrics and layered production to communicate what it’s like to be alive today. The result is a sound that is sometimes unstable and warbly, as if overwhelmed and interrupted by a new technology, sometimes quiet and unsure about what comes next, and sometimes clear and confident. The band polished off their sound with a little help from Yuuki Matthews (The Shins, Richard Swift, David Bazan), who mixed “Martha” and “Bad Habits.”