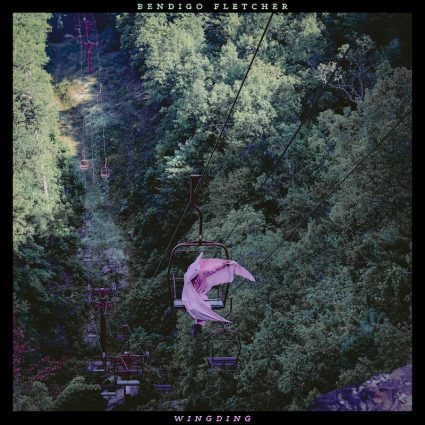 “We hope to provide a few moments of musical distractions for anyone who needs them,” shares Bendigo Fletcher frontman Ryan Anderson. “The EP dances between confession and fabrication for what feels like a cleanse of imagination. It’s a relief to share a few more stories from that place.”

Ahead of their appearance at Newport Folk Festival 2022, Bendigo Fletcher previewed Wingding with the release of “Pterodactyl”. Last month, the band unveiled the EP’s second single “Strange Encounters”. The EP’s early releases arrived to praise from Consequence, The Bluegrass Situation, Entertainment Tonight, and more.

Wingding follows Bendigo Fletcher’s 2021 debut album Fits Of Laughter. Highlighted by singles “Sugar In The Creek” and “Evergreen”, the album is available HERE via Elektra Records. Beyond amassing millions of streams, the album earned widespread critical acclaim. FLOOD Magazine hailed it as  “Somewhere between the post-Woodstock folk scene of the ‘70s and that decade’s burgeoning hard rock movement,” and Music Connection dubbed it, “Alt-rock, country-flecked folk-rock soaked in LSD.” American Songwriter noted it as “Denser psych-rock with some remaining elements of Bendigo Fletcher’s drifting folk-Americana roots”, and Atwood Magazine praised “Fits Of Laughter soars with charming passion.”