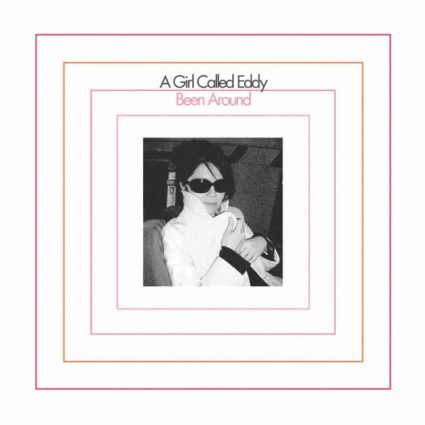 A Girl Called Eddy - Been Around

“Erin Moran appeared out of nowhere in 2001 as A Girl Called Eddy with an EP on indie label Le Grand Magistery that showcased a talent that had her being compared to Karen Carpenter, Carole King, Burt Bacharach, Rickie Lee Jones, and Prefab Sprout. She then hooked up with Richard Hawley to make her stunning 2004 self-titled debut that more than delivered on the EP’s promise. Fifteen years later, she’s finally making a follow-up” – BrooklynVegan

“On this album, as on its hallowed ancestor, the power lies (tells the truth) in the way those emotions are restrained, with no hysteria, until accumulatively they burst their banks and drown you where you live. So let’s not worry about the past, or indeed the future. It’s in the voice, it’s in the music and it’s in the present. Above and beneath all, it’s timeless.” – American Songwriter

Throughout her career she has collaborated and provided vocals on projects as varied as Ron Sexsmith (“Exit Strategy Of The Soul”), SUPER FURRY ANIMALS, to French superstar Phillip Katerine’s indie classic “Parlez Vous Anglais, Mr. Katerine?”. Her debut album saw her out on tour supporting acts as diverse as Josh Ritter, Rufus Wainwright, THE BEAUTIFUL SOUTH and THE CURE. And with that first record Moran has gathered a rather impressive list of fans: from Jane Birkin, Gilbert O’Sullivan, Tracey Thorn to Robert Smith, Don Henley, Jarvis Cocker and Burt Bacharach to name just a few.

Produced with Grammy winning Daniel Tashian (Kacey Musgraves), Erin and Daniel have created something truly special together. Tracked mainly in Nashville, the list of guest appearances reads like a who’s-who of the best of music city: THE WATSON TWINS (Jenny Lewis), Victor Krauss, Jim Hoke and many others all make appearances.

“Been Around” is an enormous record. Made with love. Made the old-fashioned way. Perhaps thats where its timelessness comes from. Is reaching this exceptional and rich level of composition and emotion justification for such a long silence from A GIRL CALLED EDDY? Is that a question even worth asking? You haven’t heard an album like this in fifteen years. She’s back. Dig in and enjoy.