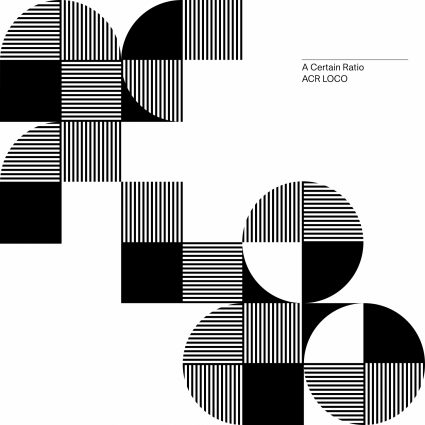 “A Certain Ratio found a powerful formula: paying heed to where they came from while keeping the door open for more all night parties in their future.” – Pitchfork

“The band sounds as focused and funky as ever, employing modern techniques and technologies without losing that rubbery groove that makes them A Certain Ratio.” – Treble

“…[‘Always In Love’] layers their trademarked languid ennui over what could surely best be described as a classic Madchester groove.” – BlackBook (ALSO: see ACR pick their best fashion moments for BlackBook HERE)

“Manchester legends A Certain Ratio release ACR Loco — their first album in 12 years — this week. The record pulls together elements from their 40+ years together of mixing rock and dance and features appearances by the late Denise Johnson, The Smiths‘ Mike Joyce, Gabe Gurnsey (Factory Floor), Maria Uzor (Sink Ya Teeth), and more.” – Brooklyn Vegan

“…both comforting and strange, with moments that challenge the ear and others that sound like a friendly hug.” – Consequence Of Sound

“This album is a culmination of everything we’ve ever done,” says A Certain Ratio’s Jez Kerr. “We’ve got some real momentum at the moment.”

That momentum has been picking up serious speed for some time now. Fresh off the back of their most successful tour in over 20 years, the band return with ACR Loco, their first album in 12 years, coming shortly after the two retrospective Mute compilation releases acr:set and ACR:BOX. “We’ve done the 40 year celebration thing,” says Kerr. “It’s about the future now and where we’re going next.” Martin Moscrop echoes this sense of enthusiasm too. “I feel like I’m 18 again.”

Back when Martin Moscrop was 18, ACR were one of the most exciting bands coming out of Manchester with a debut single out on Factory (the label’s first single release). Formed in 1977, a singular outfit in the city’s landscape, the band fused post-punk, funk, disco and avant tendencies to create a distinctive groove-locked sound. The band’s influence remains seismic and as their sound expanded over several albums they became a key inspiration for new generations and genres – arguably existing as something of a blueprint for the mid-2000s dance-punk scene. (continue reading full bio in download folder)